One of the subsets of civil engineering is structural engineering, which mainly focuses on what is referred to as the “bones and muscle” of different man-made structures. This is a field of engineering that can also be studied in its own right. This is a profession that involves the design and analysis of structures that are used in support of loads in a manner that is cost-effective and with some minimum element of safety.

The design of buildings and non-building structures has been taken up by Structural engineers.

These are professionals that not only deal with buildings but also get involved in the design of vehicles, machinery and equipment, and any other things that require structural integrity to ensure function or safety.

Structural engineers need to ensure that safety comes first in their designs.

The loads that they apply in their work could be of a varied nature where the inclusion of loads can be done on bridges due to traffic, variation of temperature, the impact of strong winds, and other natural disasters.

This then means that a structural engineer needs to have a great understanding of static and dynamic loading and the structures that are present in resisting them.

Additionally, these are professionals that need to have a high level of creativity as some complexity is noted in modern structures, which commands creativity for effectiveness.

Such a professional needs to have a four to a five-year educational background in an undergraduate degree, and this should be complemented with a 3-year work experience in a professional setting before accreditation. Once a person has all these requirements, they can receive their accreditation from different learned societies.

There are a couple of benefits that Structural engineering brings to society. The first one is the structure design support.

In the structure design support branch of engineering, the main work involved is to ensure that the built infrastructure possesses the ability to give detailed information like the type of roofing, floors, walls, foundations, suspensions of bridges, and beams used.

There are also safety evaluations. In this profession, there is the advantage that the engineers can predict the safety while assessing the exact stability and capacity that a structure has and can support when in the condition of dynamic or static loading. This is the part of the work that ensures that workers, visitors, or customers are safe when the building of the structures is ongoing. In short, structural engineers work towards achieving results by bringing together the ideas of mathematics and science as well as physics to look at structures and map their best design solutions.

Since the existence of human beings, structural engineering work has been present. At first, humans began to construct their structures.

These constructions became a bit more defined, and then it was set aside as a formalized profession and was similar to the architecture profession in the 19th century. Architecture and structural engineering were considered the same thing before the 19th century. However, it was only an understanding of the structural theories that emerged at the time which separated the two.

The profession of structural engineering has been traced back to at least 270B.C when Imhotep built the pyramid for Pharaoh Djoser. Imhotep was the initial engineer in history whose name is known.

In these ancient eras, the pyramids were the major structures that were built by the civilizations due to their structural forms, which proved to be difficult to linearly increase the size in line with the increased loads (Saouma, 2008).

It is the artisans that carried out architectural design work during the ancient and medieval times. They did work, including some masonry, carpentry, and so forth.

At this time, there were no theories of structure, and this made the understanding of how structures stood quite limited and mostly based on the evidence relative to “what worked before .”

The knowledge of building structures was maintained by guilds and rarely supplanted by advances. This meant that structures were quite repetitive (Saouma, 2008). To add to this, no record was preserved of the calculations of the strength of structural units or the behavior of the structural materials.

The first failure was related to the collapse of the Dee Bridge. In 1847, there was a train that was passing over the Dee Bridge, and this bridge collapsed. This was an incident that left five dead. The bridge was designed by Robert Stephenson, who made use of iron girders that were reinforced with the wrong iron struts.

From the above accounts, it is clear that structural engineering has meant different things in different ears, but the goal that this profession has is the same, to create safer and more efficient structures.

Today, there is also a change in the manner in which structural engineering can be explained. There is a rapid expansion of technology in the current times.

This has led to advances in the structural engineering field. Today, powerful computers have allowed the use of finite element analysis to carry out analysis and design.

In structural engineering work, finite element analysis can be used to foresee the distribution of structural stress whereby it would indicate the weak areas of structures that can be affected by some level of stress. These are programs that promote numerous simulation alternatives in the analysis of systems.

On the other hand, structural design is more focused on the evaluation and inspection of the materials that would be used in the construction of structures.

They do this as they ensure that these materials can well support structures and design that is set by the civil engineers as well as architects.

The current times have seen structural designs combining the fundamental principles of physics with that of material science to find, discover, develop and use these materials in a manner that would aid them in withstanding the forces that structures have to encounter during use.

On the other hand, the role of structural analysis in this field is related to the calculations and analysis of the impact of loads on physical structures as well as their complement.

Apart from buildings, canals, bridges, and roads, there are other forms of transportation like ships and aircraft that are subjected to structural analysis.

The structural analysis, therefore, brings to play the various elements from many fields of applied mathematics, applied mechanics, and also material science to determine a structure’s deflection, displacement, and also change in shape or size in line with the force applied.

Apart from this, the structural analysis focuses on the stress and strain issues of structures. The area of analysis manages to calculate to determine the strain and stresses of a structure when it is under pressure as a result of being hit by a certain impact. This is something that would well inform on the fit and safety of structures.

Therefore, the main goal of structural analysis and design in the structural engineering field today is to make assessments to ensure that any form of deformations would be lowered with structures to the allowable limits to ensure the structure does not fail, which would then promote safety and security of all.

The next goal in this area is to come up with structures that have the correct stability, stiffness, safety, and strength which meet their functionality while being economical.

You can study structural engineering in many institutions and universities around the world. The course is offered as a standalone program or as a civil engineering specialization. Structural engineering covers topics such as mathematics, physics, mechanics, and also material science. You will learn how to apply all these concepts in designing and analyzing structures like buildings, bridges, dams, tunnels, offshore

The Institute of Structural Engineering. (n.d). What is a structural engineer? https://www.istructe.org/become-a-structural-engineer/what-is-an-engineer/

Scott, Richard. In the Wake of Tacoma: Suspension Bridges and the Quest for Aerodynamic Stabilitya. Reston, VA: ASCE Publications, 2001. ISBN 0784405425. 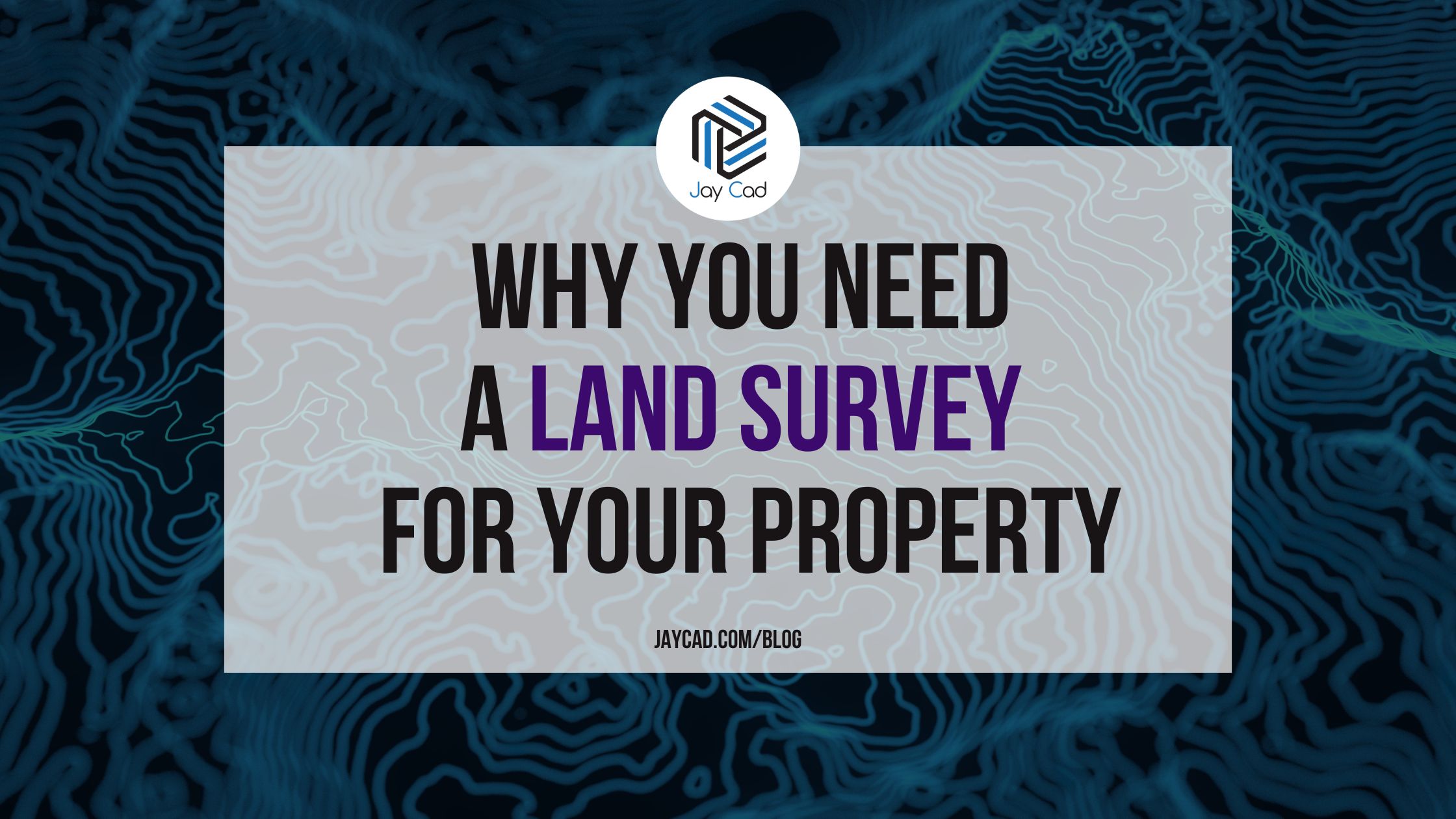 Why You Need a Land Survey for Your Property

Disclaimer: Jay Cad is a drafting service and is NOT an architectural firm and does not have a licensed architect in its staff